“Bang, bang! You’re dead!” As children, we’ve all played the game of war. Whether they were swords or guns, our weapons were merely the creation of our young imaginations. In the end, it really didn’t matter who won or lost. Usually, the one who yelled the loudest had the victory in our backyard-battlefield.

Life’s battles aren’t like our childhood games. The weapons aren’t imaginary, and victory is determined by more than who can shout loudest. There are much greater stakes at the end of this war than those we played as children.

Our war began long ago. Satan deceived a third of the angels into rebelling against God and His government. God evicted them from heaven. He could never allow anything unholy to remain there. To do so would destroy the sinless, beauty of His kingdom.

God could have simply annihilated the rebels who had loosened so much evil with his pride and lust for power. He could have vaporized these evil angels with a mere thought. He, however, had a plan. To avoid future uprisings of rebellion in his kingdom, and show the watching hosts the true nature of sin, He chose to deal with it here and now. This would prevent future uprisings and a repeated cycle of rebellion and death throughout eternity.

What better way to end all possible traces of sin than to plant a beautiful garden on this little planet, Earth? Earth was the perfect place to confine these malefactors. God created man and placed him there. Adam was dependent on God for everything; however, he could also choose to whether or not to obey Him. Although Adam didn’t understand their spiritual significance, God gave him two choices.

If he had obeyed God, he would have secured the privilege of drawing all his energies, drives, and desires from God’s Spirit and have heaven on earth. Through his disobedience, he delivered our human nature into captivity to Satan. When Adam yielded to his desires and lust, he condemned all of his descendants to bondage to this world’s elements.

We observe our world through our five senses. We see, taste, smell, feel, and hear our world. This is because we became alive to the world through the flesh and the lusts and drives found there. Adam’s disobedience severed our connection to God, thus joining us to the elements of the world. Like a lamp cord, Adam plugged us into a dead outlet. Before the fall, man communed with God because he was alive to Him. When sin entered, however, he died to God and became alive to the world.

God knew that Adam would fall, dooming future generations to the bondage of our lower nature. This didn’t catch Him off guard. He had a plan. Jesus, God’s Son took up a temporary residence here. He was born of a virgin and lived a life of sinless perfection.

Jesus died to sin as the Second Adam. Through rejection, deprivation, persecution, and many other dealings with corrupt man, sin continually tempted him. He died completely to its power on the cross. Jesus redeemed us through this selfless act of love and opened a door that we could become alive to God as he died out to the world.

For thousands of years, God has revealed Himself and His plan to us through chosen men. In Moses, he prepared a nation to lead an obedient people to victory. He brought Jesus into the world through this special nation. In Joseph, he taught that faithful obedience, even in unjust circumstances, would lead to victory. In David, we see that God longs for his children’s repentant hearts to cry out to him for forgiveness and victory over sin.

Sin must run its appointed course. Like a river, it begins small, grows in size and speed, and rushes to its final destination. Sin began in one heart, but eternity alone will reveal the results of its devastation and tragedy.

As we live unto God, we can live an obedient life in the power of His resurrection. The life of Jesus: his victorious, triumphant, and overcoming life is in each of us. As we die to sin and self, we become alive unto God. This gives us victory over any battle that we must fight. It’s a fight to the finish, and the stakes are high: eternal life or eternal separation from God. Thanks to Jesus, we can have victory in this most important battle: Life!

Becoming a Friend of God

Dr. Sharon Schuetz has been a Christian since she and her husband, Pastor Michael Schuetz gave their hearts to God on November 15, 1978. They have ministered together since 1989 and together they have pastored seven different churches. Sharon was the senior pastor of their first church while Michael served as co-pastor. In the other churches Michael served as senior pastor and Sharon his co-pastor. Sharon has been writing Christian books and articles for many years. Her work has been taught in college classes, Sunday schools, youth groups, and women’s ministries. She and Pastor Schuetz have been married for 44 years. They have three children and ten grandchildren. The Schuetz have enjoyed serving as pastors of Sebastopol Community Church sin February 2018.

Pages Just for You 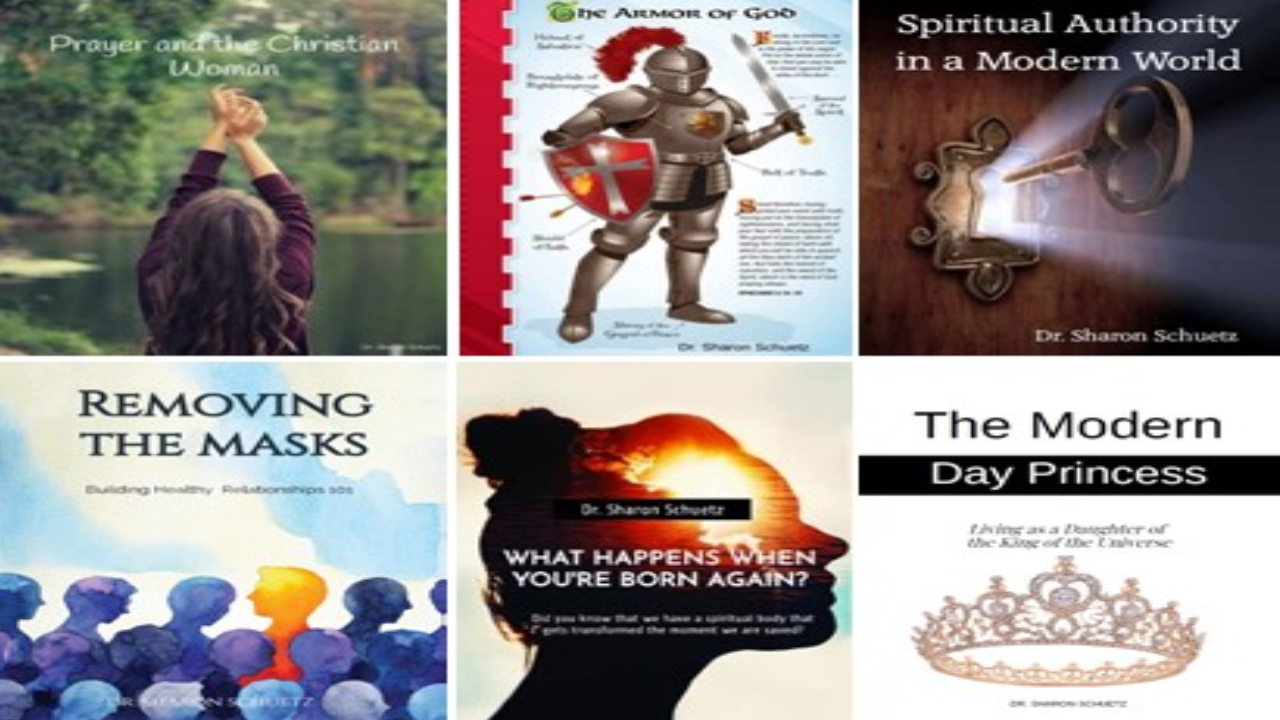